House of Sweden - a stunning example of contemporary Scandinavian architecture designed by Gert Wingårdh and Tomas Hansen - was inaugurated in 2006 as the Embassy of Sweden’s new home in Washington, D.C.

A physical representation of Swedish values - such as openness, transparency and democracy - House of Sweden is the flagship of Sweden’s public diplomacy in the United States.

House of Sweden is open to the public on weekends between 12 pm - 5 pm.

House of Sweden has been awarded Sweden’s most prestigious architecture award: the Kasper Salin Prize for best building. Announced on November 16, 2007, the award is a testament to the work and creativity that has gone into creating this unique building. Gert Wingårdh and Tomas Hansen's design for House of Sweden – selected in competition – combines openness and transparency, unusual features in an embassy. It was designed specifically to foster an atmosphere of positive, creative cooperation between two great countries, and to create a base for cultural and commercial exchanges. House of Sweden is owned and managed by the Kingdom of Sweden through the National Property Board Sweden (SFV), www.sfv.se. 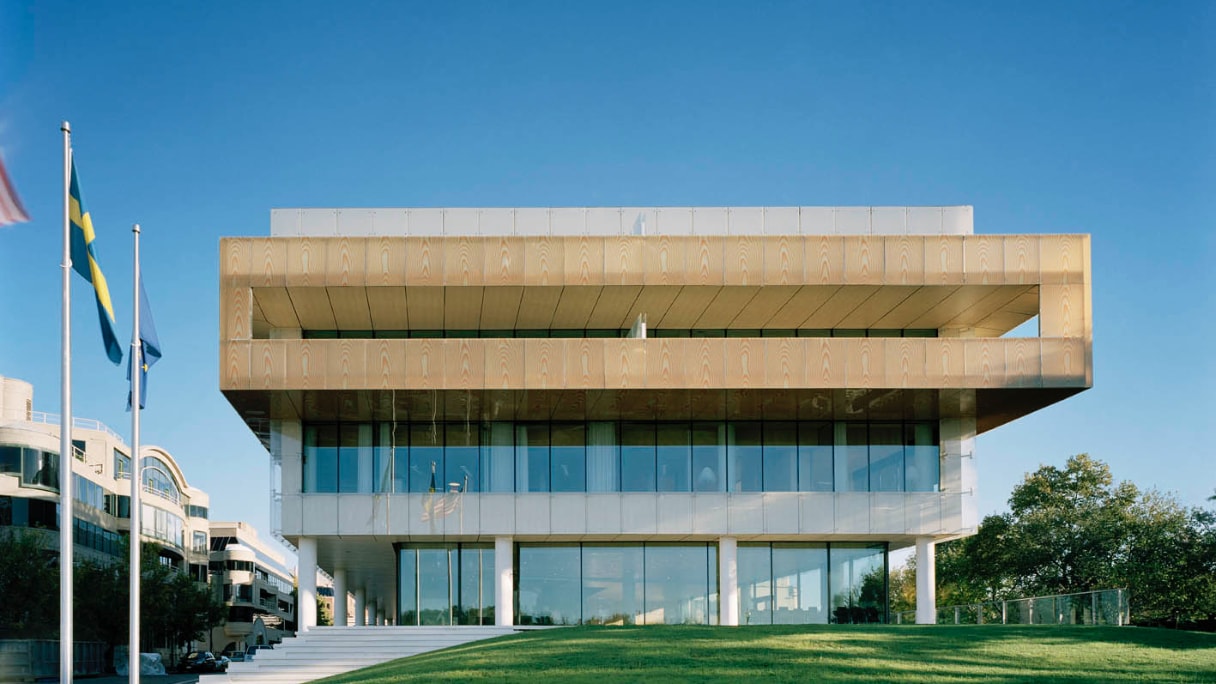 House of Sweden exemplifies the very best of signature Scandinavian simplicity, modernity and unpretentious elegance, wedded to characteristic Swedish practicality and flexibility. It invites and inspires Swedes and Americans in an ongoing creative dialog.

Designed to rest like a shimmering jewel in the surrounding parkland, the blonde wood, stone and glass structure is suffused with light, floating at night like an ethereal vision above its sparkling reflection in the Potomac River.

The building is light and airy, with large glass segments. Light is a key element, both outside and inside. All around the body of the building is a belt of light, back-lit wood, which after dark gives the sense that the building is floating. The House of Sweden stands on white pillars and is suffused with Nordic light. The materials are blonde wood, glass and stone, often in layers. 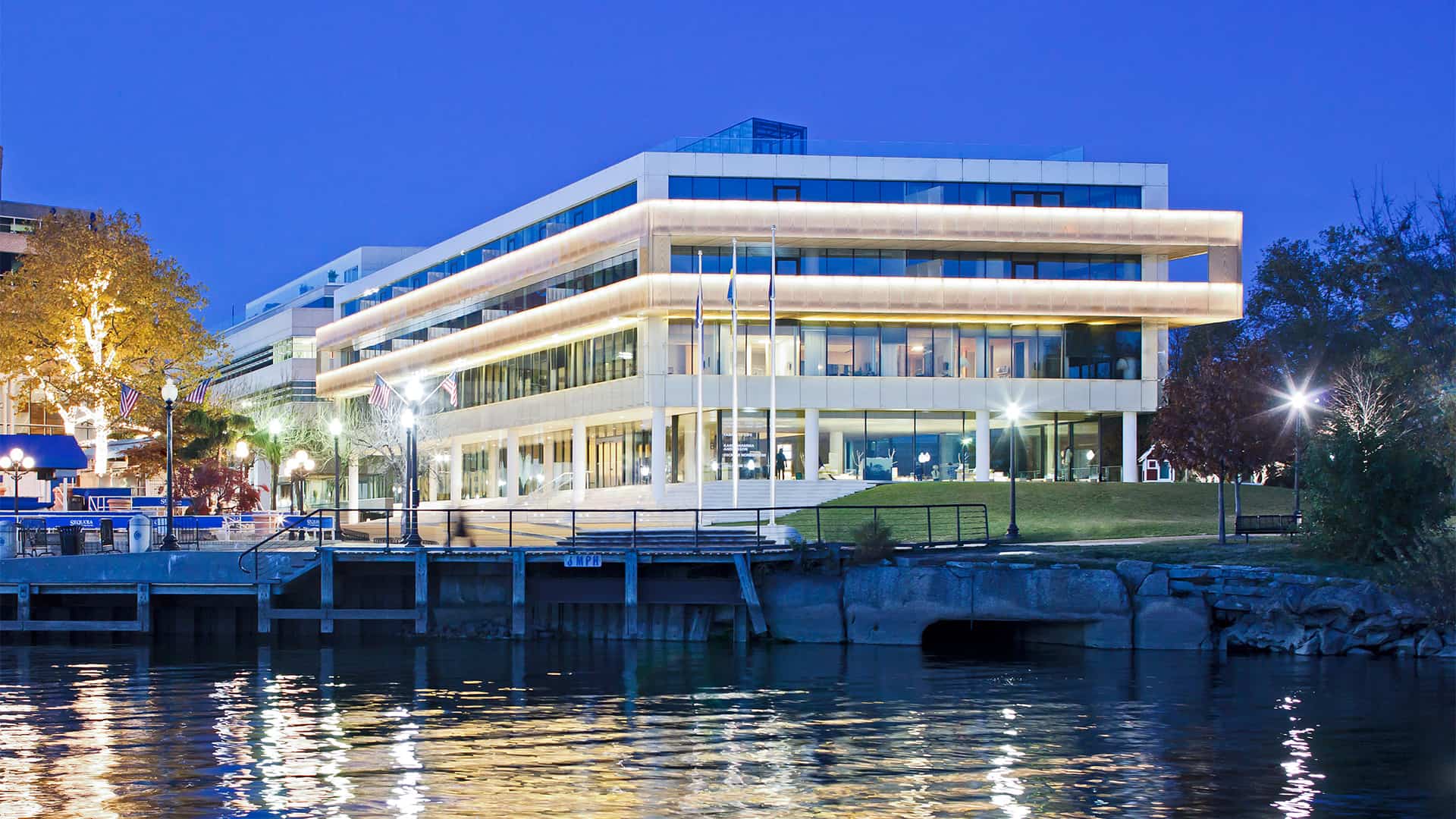 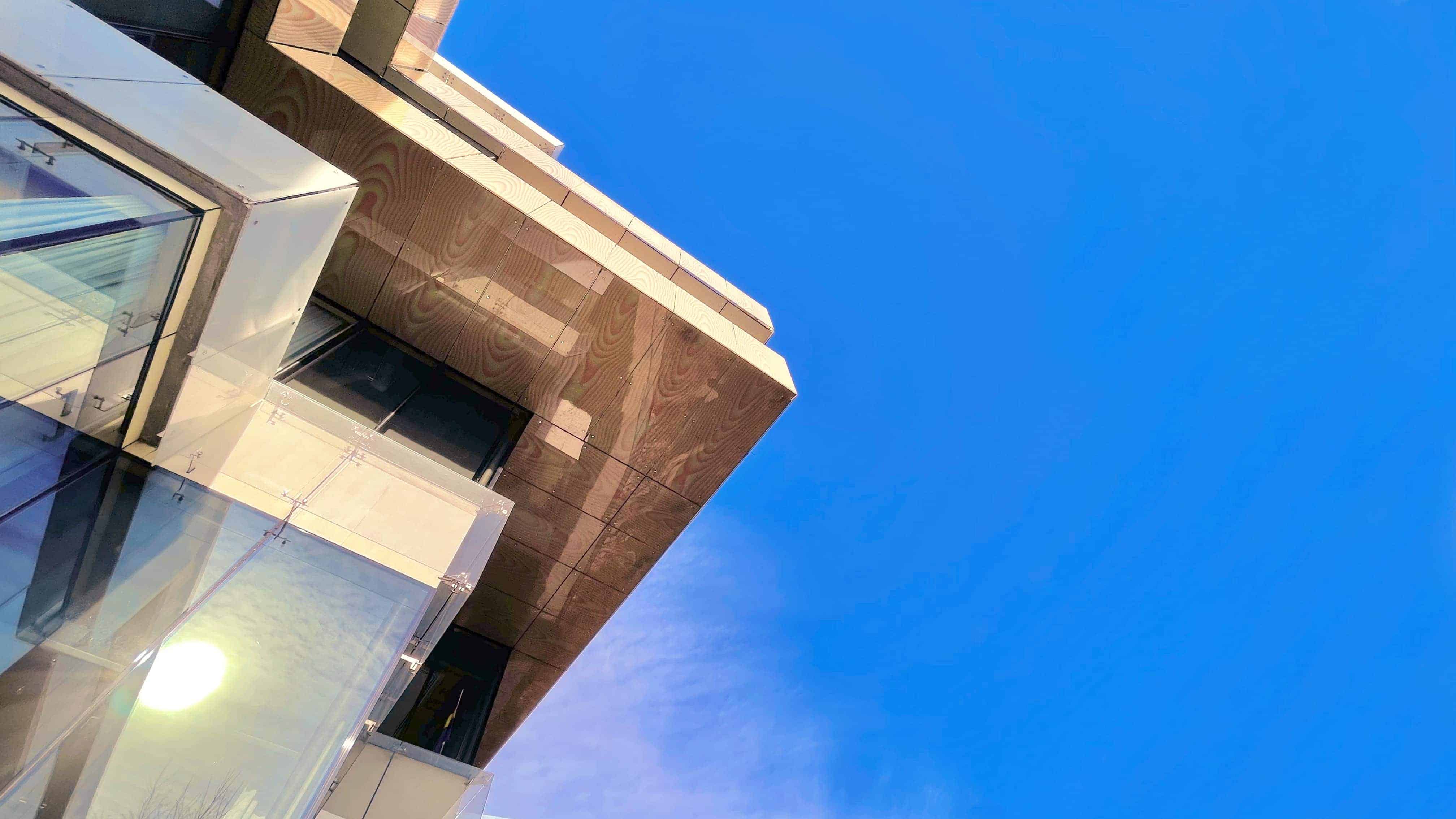 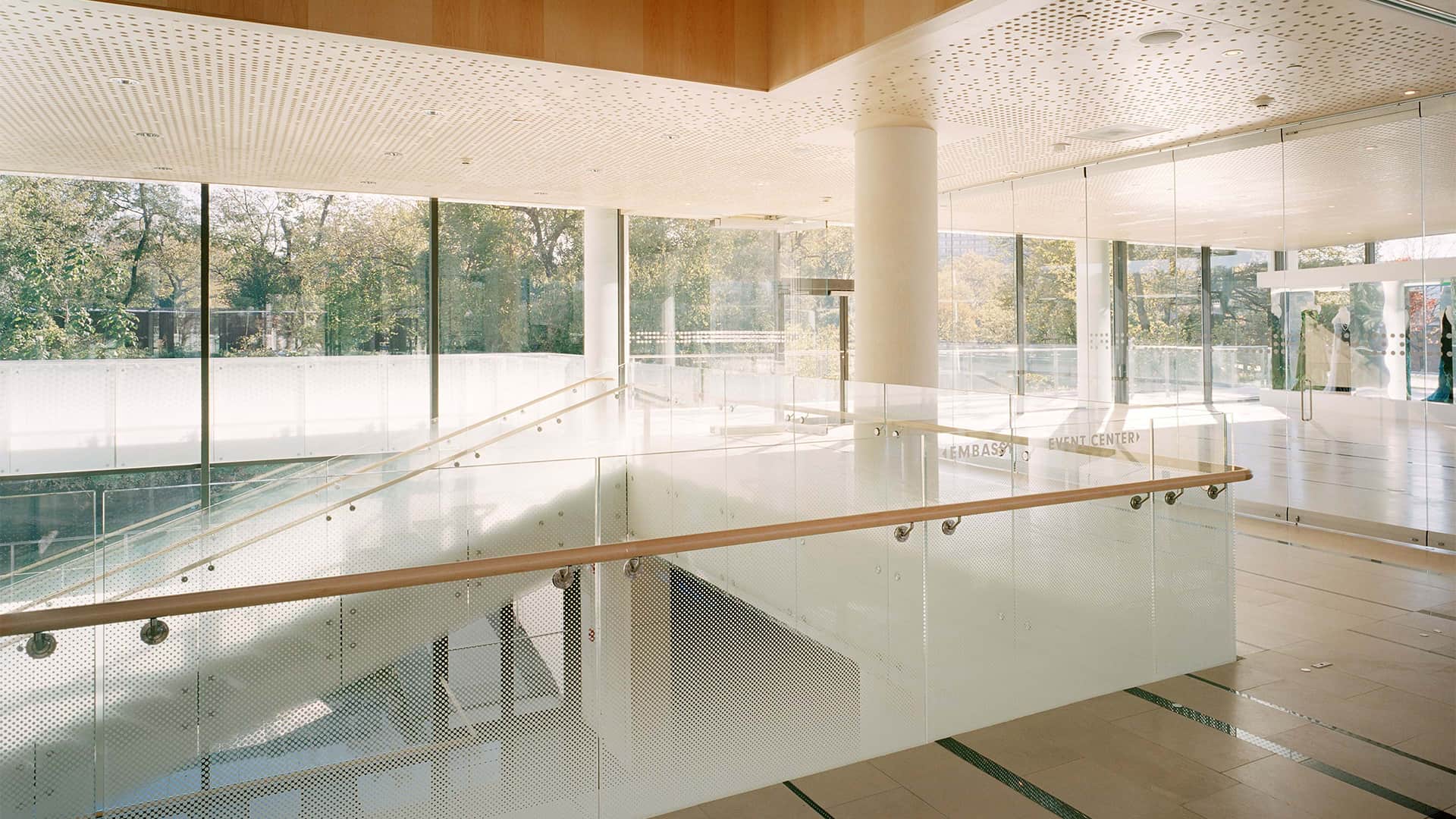 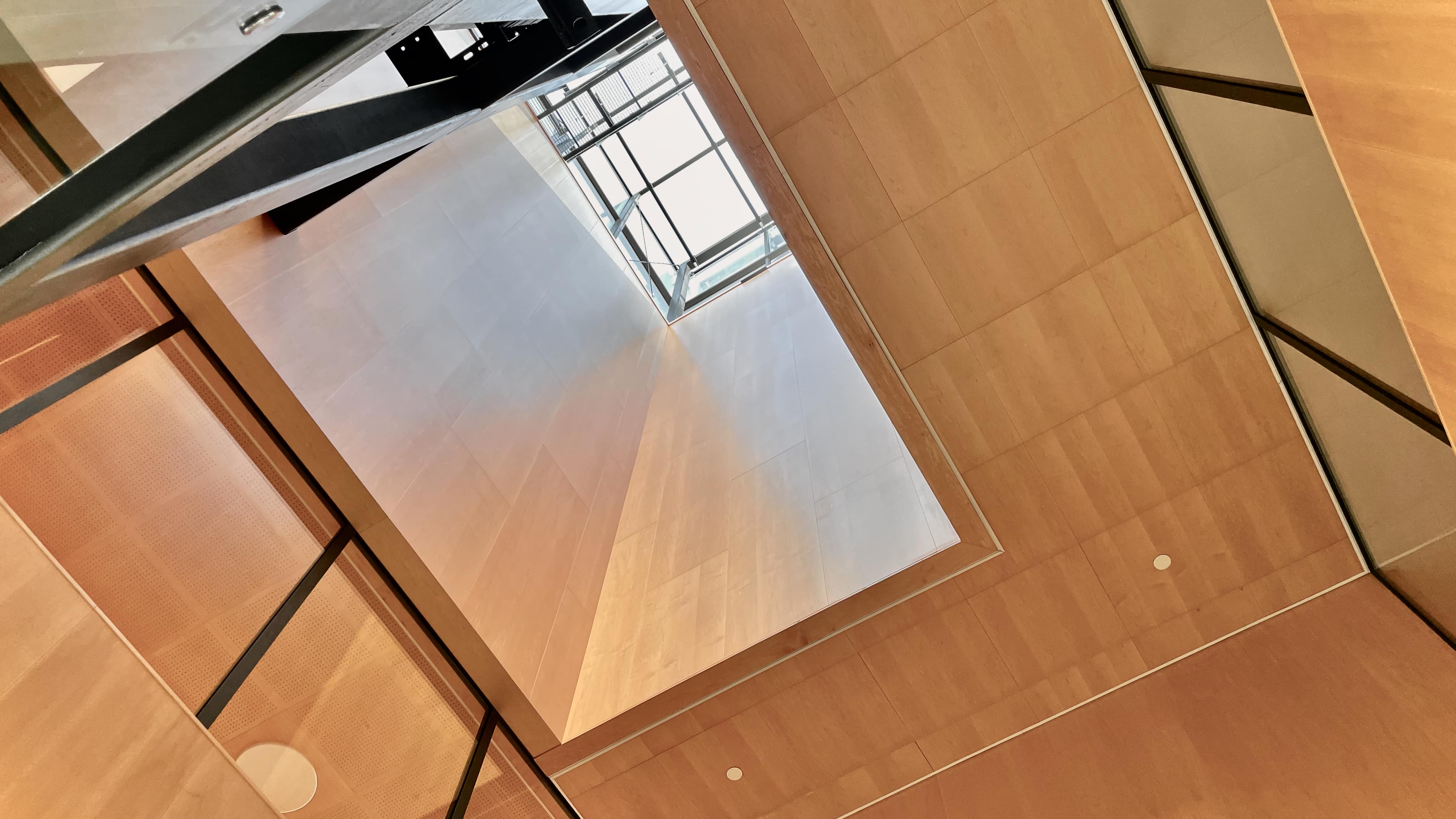 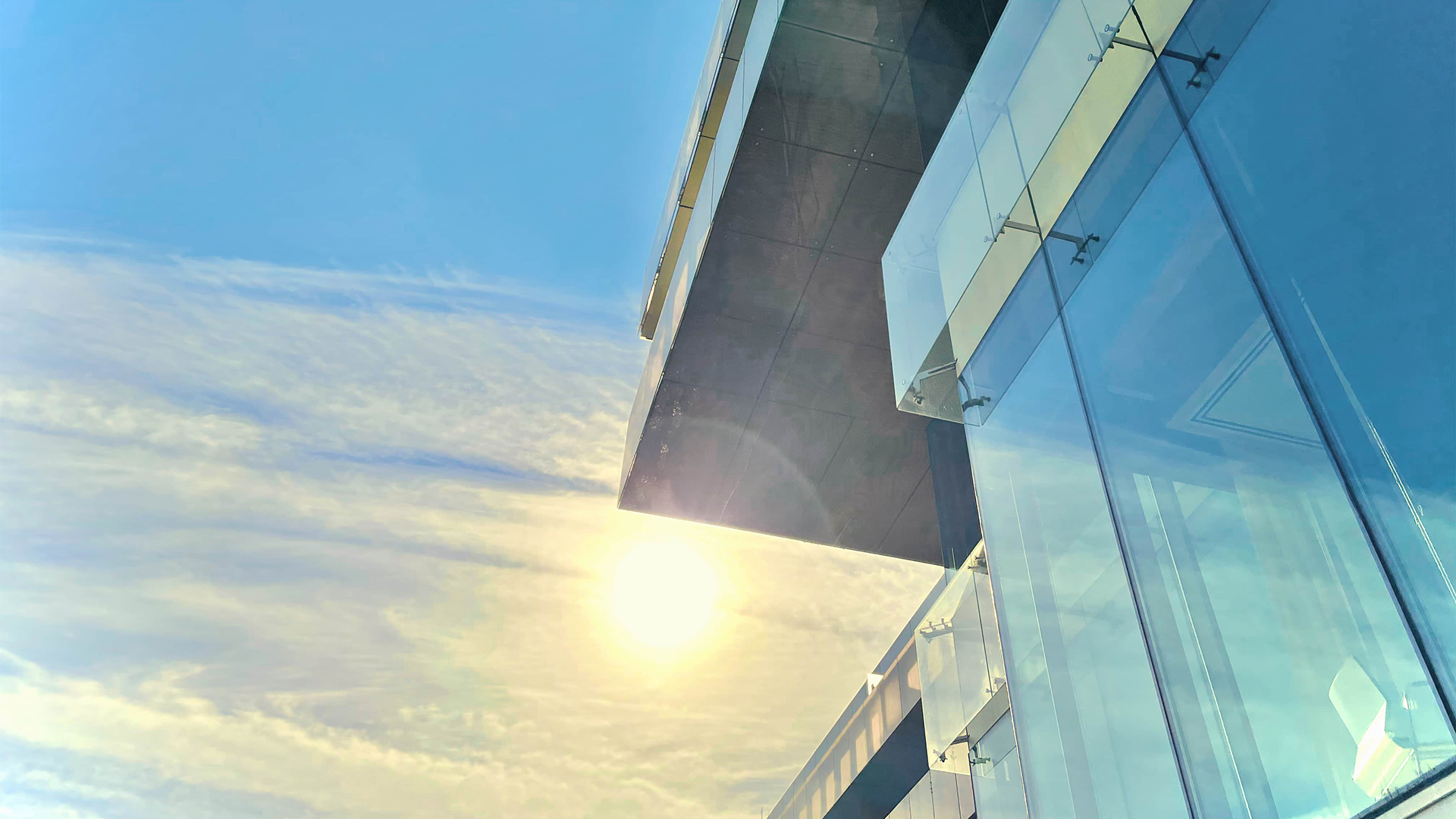 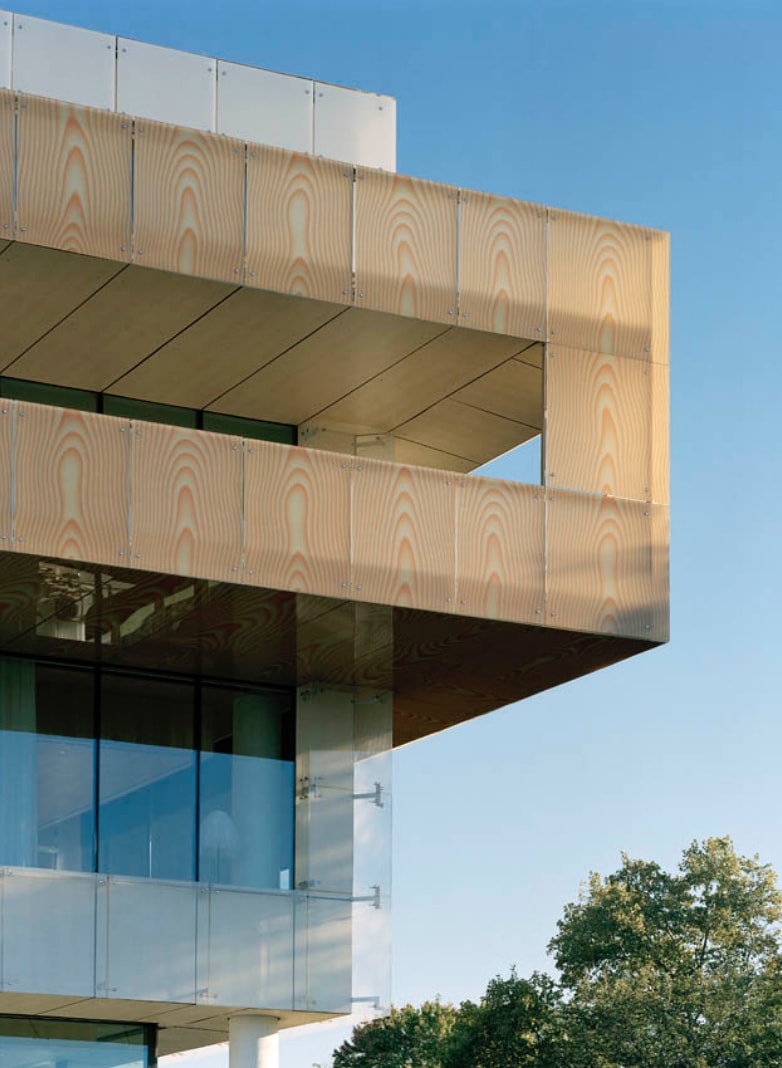 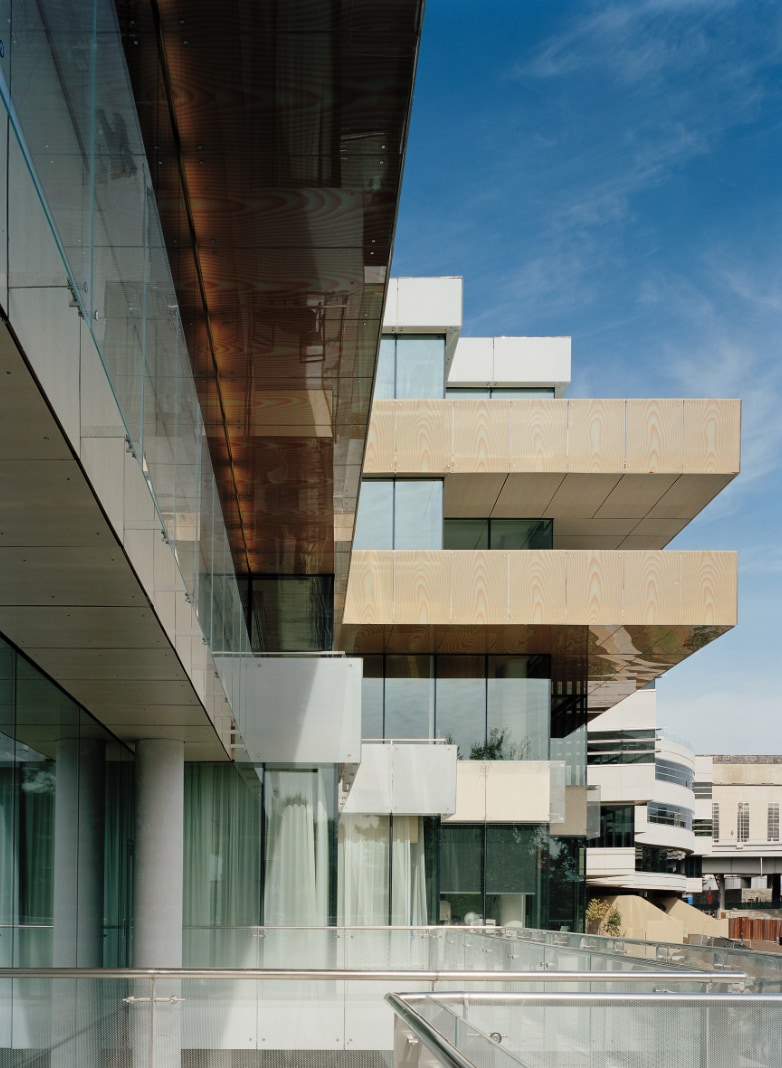 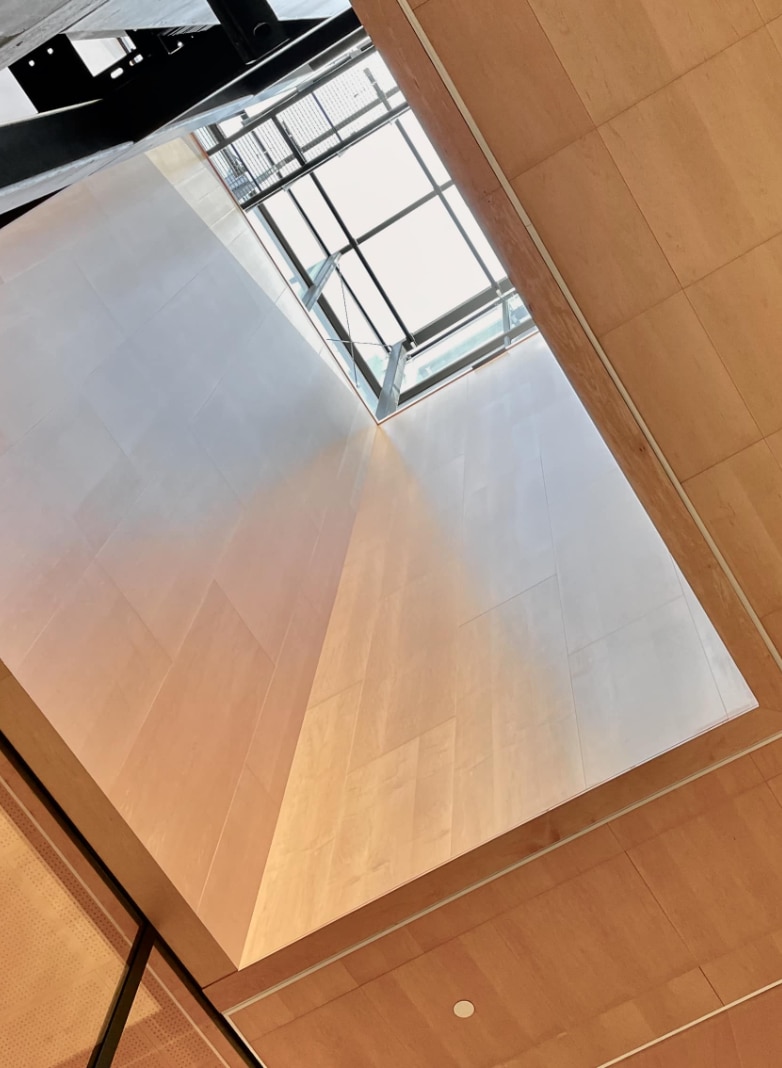 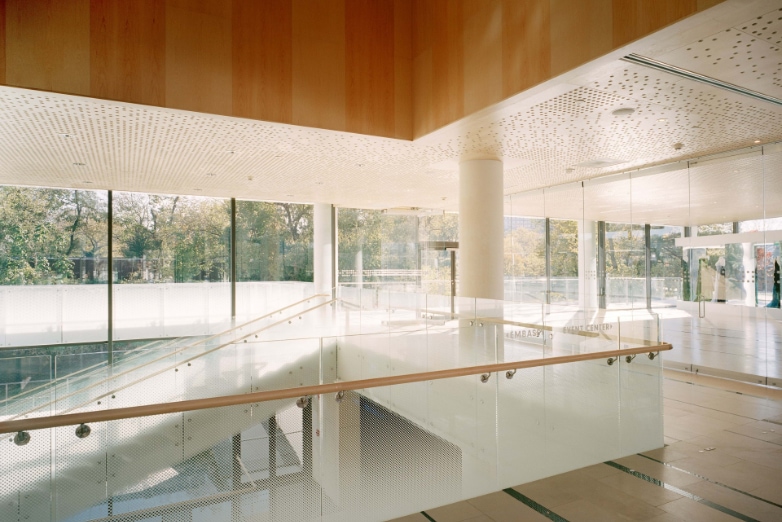 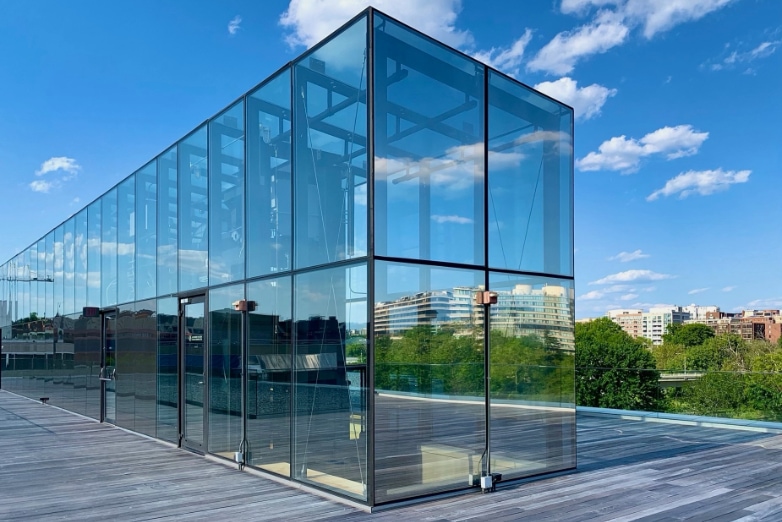 Swedish artist Ingegerd Råman was commissioned by the National Swedish Public Art Council to assume responsibility for the artistic decor in House of Sweden.

Among other works, she has created a glass piece known as ”March 6 a.m.” - a multi-part work of art that evokes associations with water and ice in the form of slowly running water, glass bearing frostwork patterns and black granite, all key elements in the Swedish landscape. 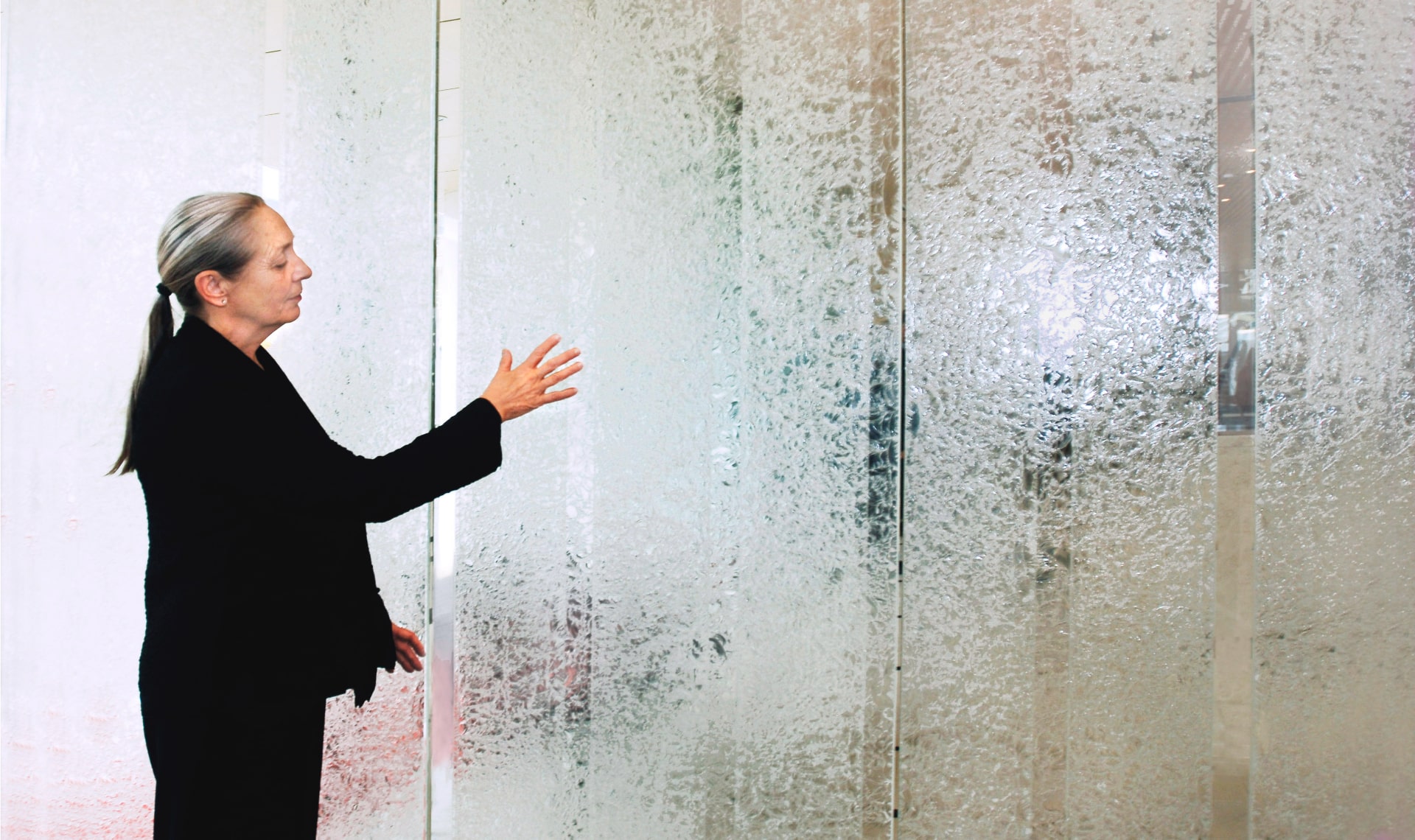 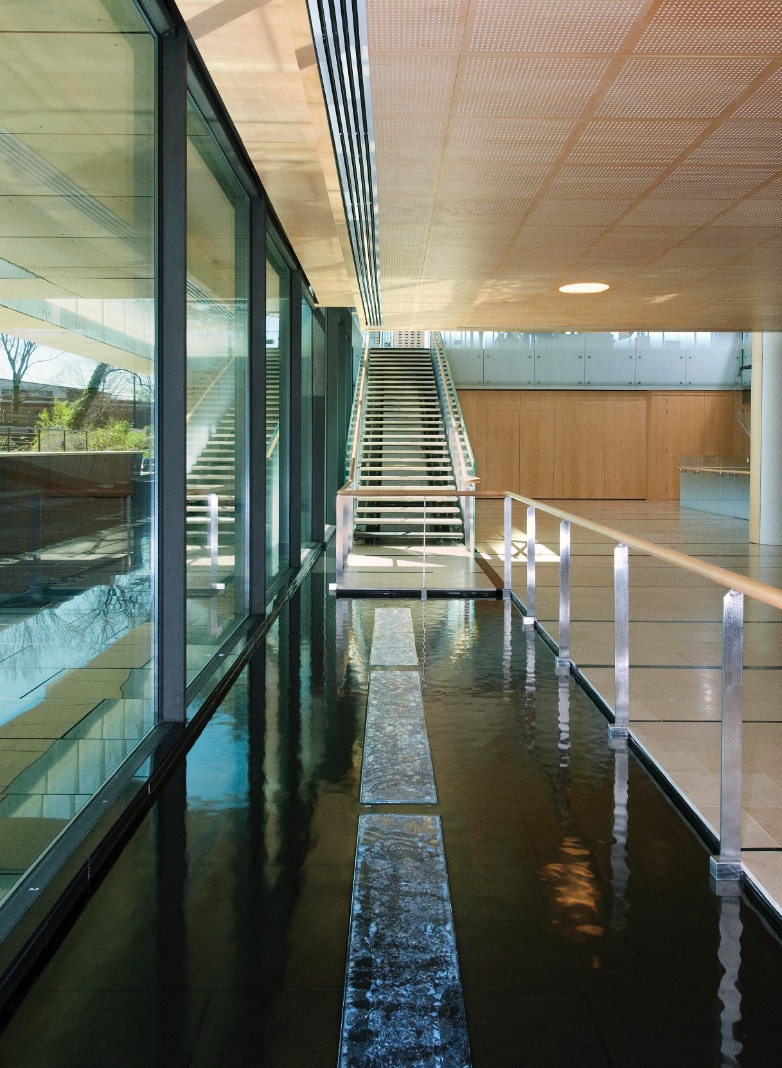 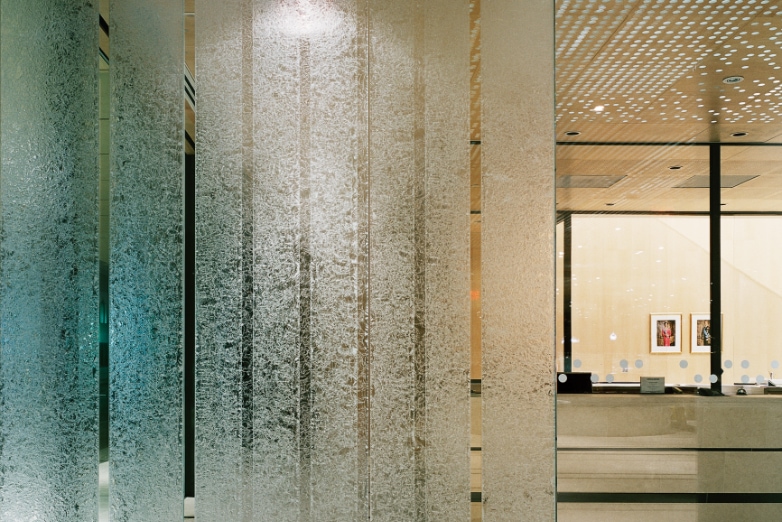 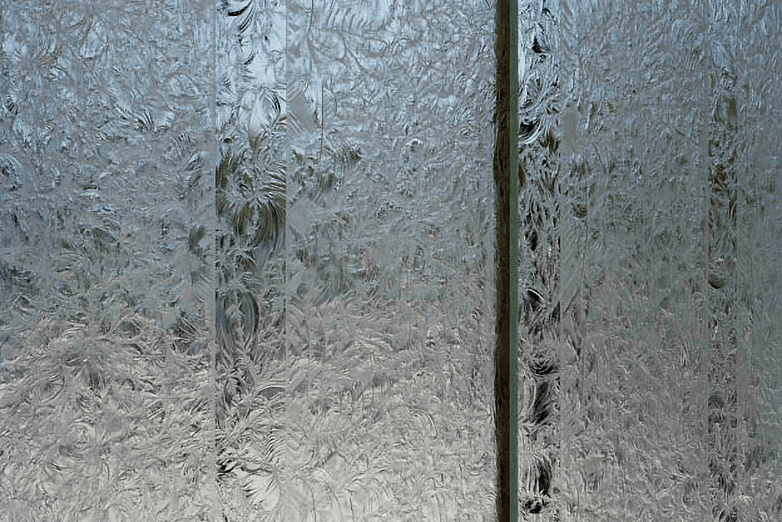